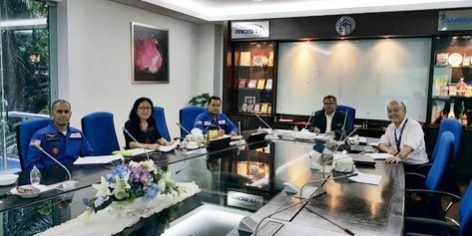 Kibo-ABC called for the proposal of a simple space experiment (for “Asian Try Zero-G 2018”) to be conducted by JAXA astronaut Norishige Kanai onboard the International Space Station (ISS)/Kibo. As a result, 169 experiment proposals were submitted from 361 students and young engineers/researchers in Asian countries.

As the first step in the selection process, these proposals were screened by each Kibo-ABC member agency, with 26 proposals from seven Asian countries being recommended. These proposals were selected by various specialists in each country. For example in Malaysia, the selection process was conducted by the committee members consisted of teacher from the Ministry of Education (MOE), researchers from the Ministry of Science, Technology and Innovation (MOSTI) and expert from university with experience in previous onboard Asian Try Zero-G experiments and Asian Parabolic Flight mission conducted by JAXA.

Then the screened proposals were reviewed and discussed by all Kibo-ABC agencies to decide the onboard experiment candidates. JAXA specialists including JAXA astronauts with experience in previous onboard Asian Try Zero-G experiments also supported the final stage of the selection process.

The following illustrates the selected 8 experiment proposals. (12 proposals were selected, and similar experiments were combined.)

There are two big differences from the previous Asian Try Zero-G programs–the new participation of Japanese high school students and new opportunities to launch experiment tools to the ISS. Some launch tools are to be prepared by Asian proposers/Kibo-ABC agencies.