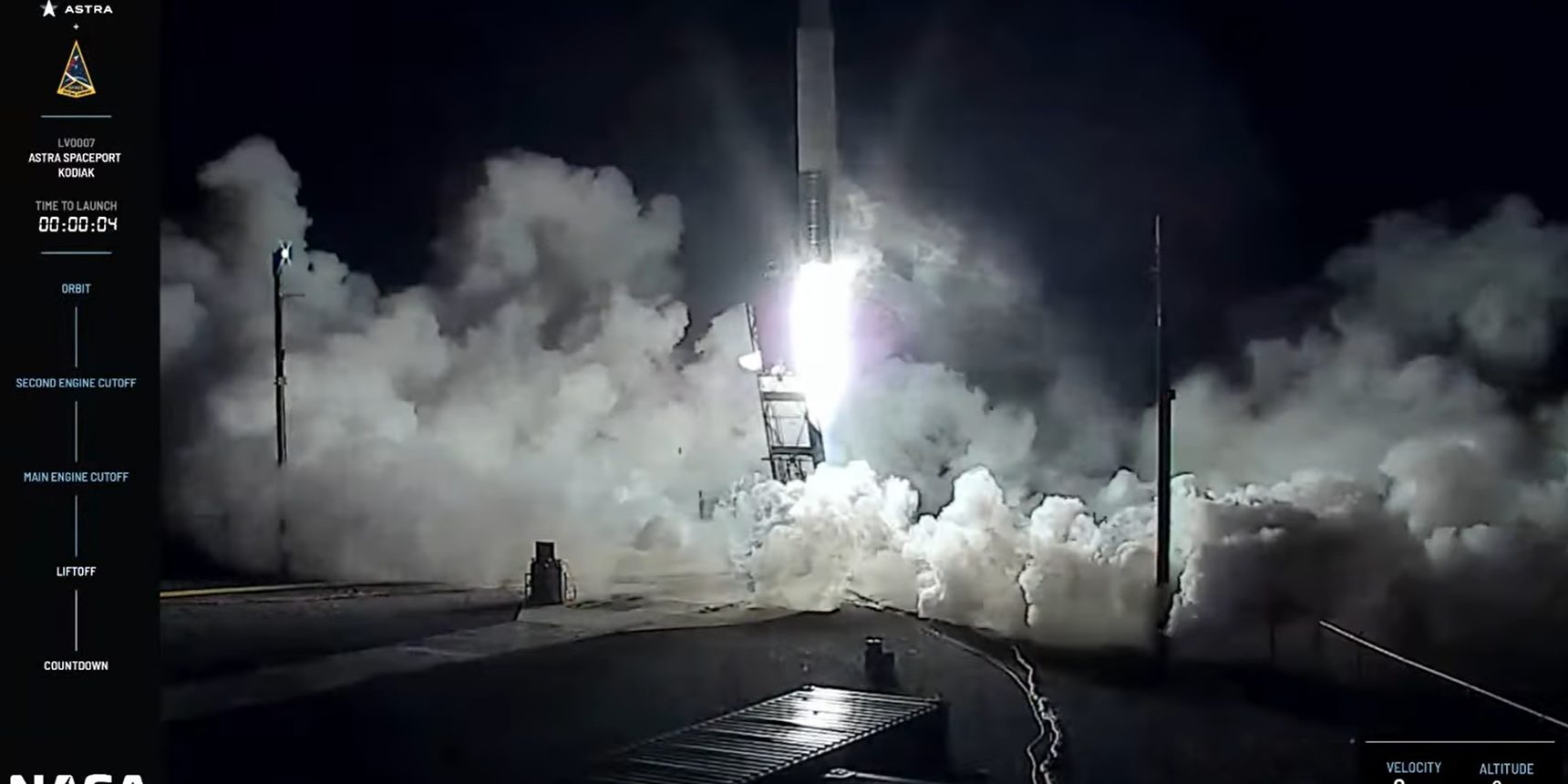 Smallsat launch startup Astra Space has now joined the short list of companies with a successful orbital rocket. The launch window for the mission, number LV0007, opened on November 18 (November 19 UTC), but a first launch attempt was scrubbed. LV0007 finally lifted off at 10:04 PM PST on November 19 (06:04 UTC on November 20). The launch was conducted from LP-3B at the Pacific Spaceport Complex in Kodiak, Alaska.

Similar to the last attempt, the only payload onboard was a test payload for the United States Space Force’s (USSF) Space Test Program which was intentionally not deployed. The USSF designation for the mission is STP-27AD2.

LV0007 was the fourth Rocket 3 vehicle to make an orbital launch attempt, and the first to end in success. The first-ever Rocket 3 vehicle, more specifically designated Rocket 3.0, was intended to launch on the “1 of 3” mission in pursuit of the DARPA Launch Challenge. Of three companies that entered the challenge – Astra, Virgin Orbit, and Vector Space Systems – Astra was the only company to reach launch day.

[Interview] Alonsoperez to entrepreneurs: “Do not be easily disappointed, always follow your path”
October 28, 2021

Ladies who launch: Meet some of the female stars of the private space industry.
October 5, 2021