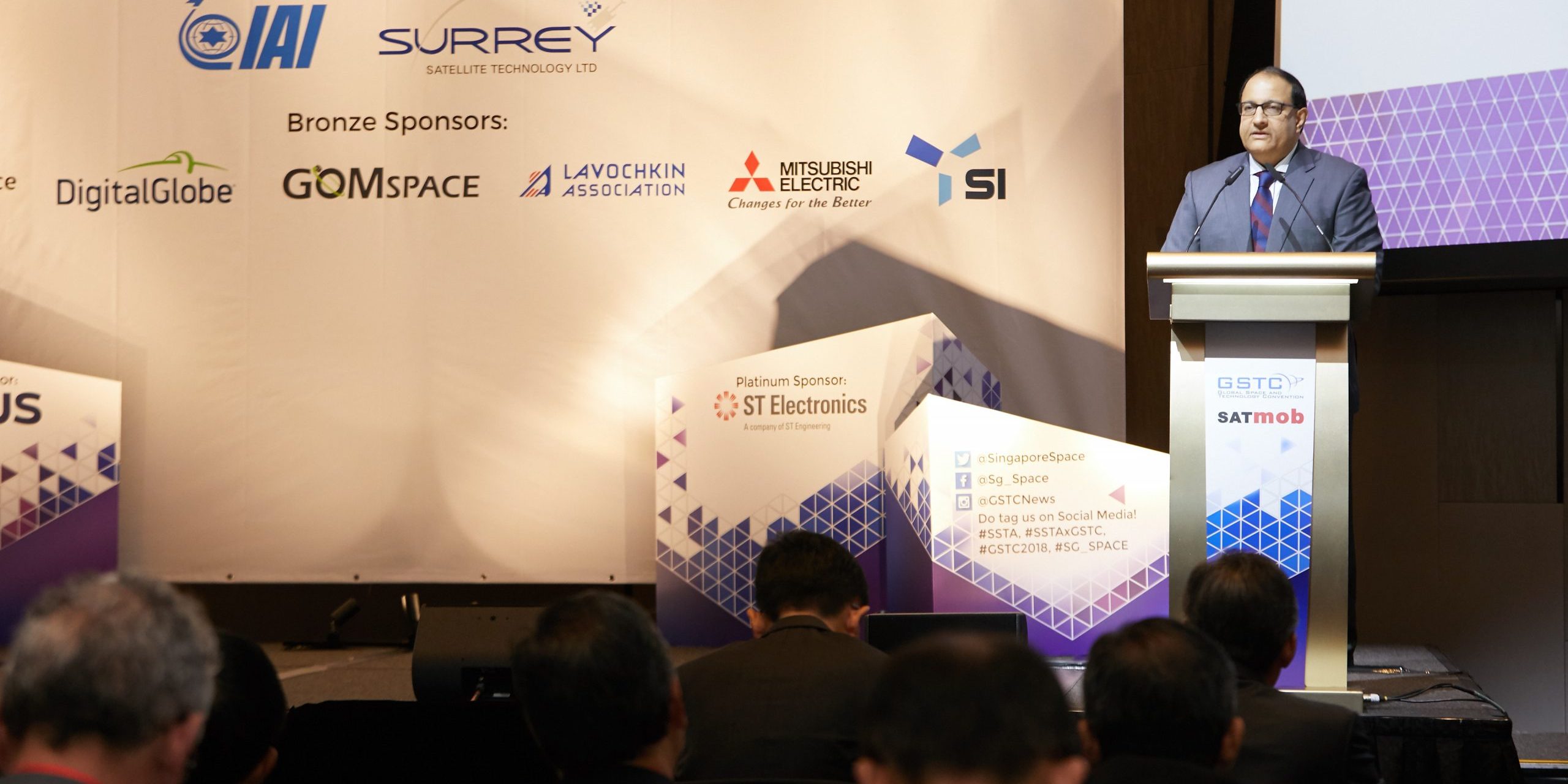 Known as DS-SAR, the satellite will carry a Synthetic Aperture Radar (SAR) imaging payload capable of taking images under all weather conditions. The acquisition of DS-SAR was announced earlier today, at the Global Space & Technology Convention 2018 (GSTC), during the opening address by Guest-of-Honour S. Iswaran, Singapore’s Minister for Trade and Industry (Industry).

Although no further details of the satellite were given, it is likely that it is a small satellite. Said Iswaran, “..we are continuing our investment in small satellites. I am pleased to share that the partnership between DSTA in Singapore and ST Electronics in Earth Observation satellite systems has taken another step forward this year. Together, they have acquired the next Earth Observation satellite called DS-SAR, which will carry a Synthetic Aperture Radar imaging payload.”