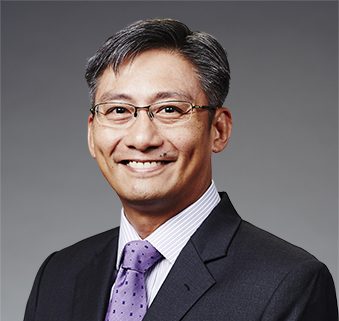 Mr. Cheong Chee Hoo is the Chief Executive Officer of DSO National Laboratories since July 2016. In his service to DSO and to defence, Mr Cheong developed a wide range of engineering expertise from radar engineering to satellites, from design to systems engineering. He was one of the pioneers in radar systems development. He helped to build up radar capability in DSO and was part of the team which developed the first complete airborne radar system.

Mr Cheong then held appointments in the Directorate of Research & Development (DRD), DSTA and subsequently to the Defence Research & Technology Office (DRTech) from August 2008 to February 2012. In these capacities, he took the lead in the strategic development and implementation of the R&D plans and developments in both systems and emerging technologies.

Mr Cheong returned to DSO in February 2012 and led the Networks Division. He developed the strategy and implemented the R&D developments in communications, satellite and information security. In his career, Mr Cheong was presented with numerous awards, including the Defence Technology Prize for R&D Team and R&D Individual in 2002 and 2006 respectively.