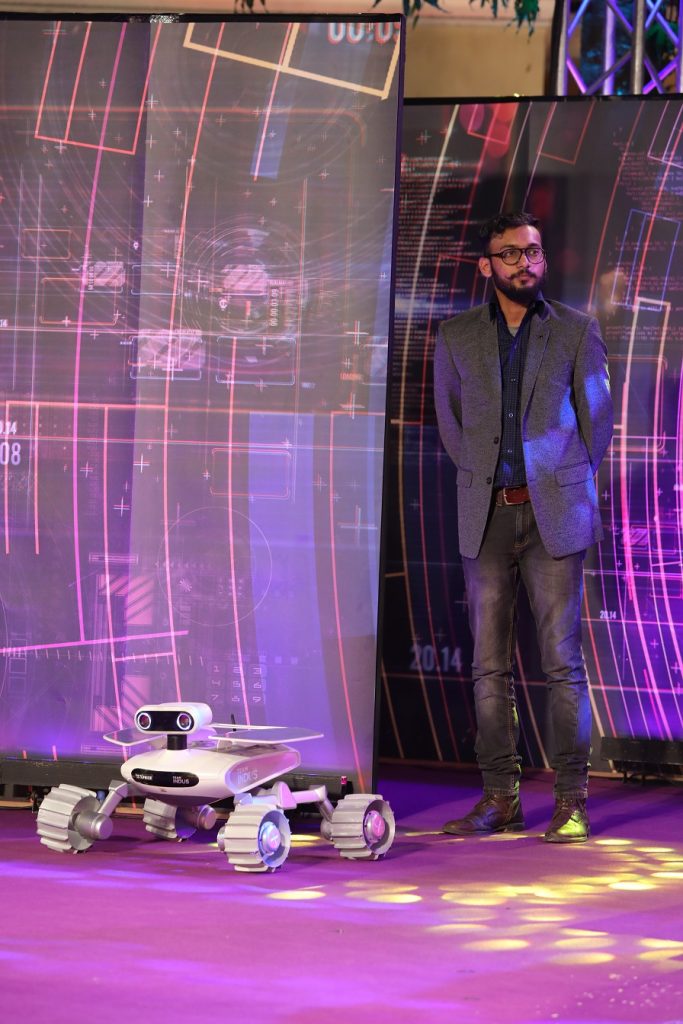 Paul Edward has spent his young and growing career in the field of robotic space exploration. He had his start as a rover design engineer and an early team member, who worked on the first privately funded Indian lunar mission as a part of Google Lunar X-Prize, along with ISRO. He has worked on other government funded missions like CLPS-NASA and Robotic Arms for Space-LSA. He cultivated his experience in the niche field of lunar mobility platforms, while also leading national and international student teams for creating student scientific payloads for Lunar exploration and life sustenance. He is very enthusiastic about cultivating young minds in the fields of STEM, especially space.

He has unique experience in the field of lunar exploration, utilizing both lander and rover platforms to conduct scientific study on alien terrain. He is knowledgeable in the field of designing landing and mobility platforms based on terra mechanics, locomotion systems, deployment systems, thermal systems, payload housing systems and robotic arms.

He received his education at Cranfield University with a Postgraduate degree In Advanced Lightweight Structures and Impact. He also holds a bachelors in Aerospace Engineering. He is an avid supporter of human spaceflight and space exploration. He has also given talks on various topics about space exploration, hosted both nationally and  internationally. He has published papers on utilizing micro-rovers for lunar terrain exploration and imaging lunar lava flows in IAA LCPM, Paris, France and NCMDAO, India.

Paul is currently working on cube-satellite missions geared towards planetary defense against asteroids.