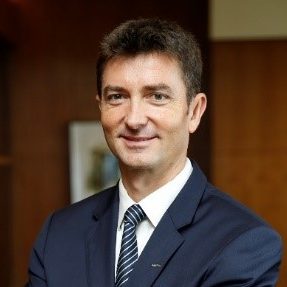 Johan Pelissier, Head of Asia Pacific for the Airbus Defence and Space division.

Johan started his career at Alcatel in 2000, where he worked in the project tendering export department, then detached in Malaysia, Kuala Lumpur.

He returned to France in 2003 to join the communication division of Thales, in charge of export sales activities. He later took on the responsibility of managing key accounts in Middle-East and Latin America, and moved to Malaysia to lead the Thales Land Joint Systems division.

In 2011, Johan joined Cassidian as Head of Region in Asia. He moved to Singapore in 2013 and established the legal entity named Cassidian South East Asia.

He was subsequently promoted to Head of Singapore, Malaysia and Brunei, for the new division Airbus Defence and Space. He was then in charge of the ASEAN region from September 2016.