It’s now possible: Career in space industry is within reach for many 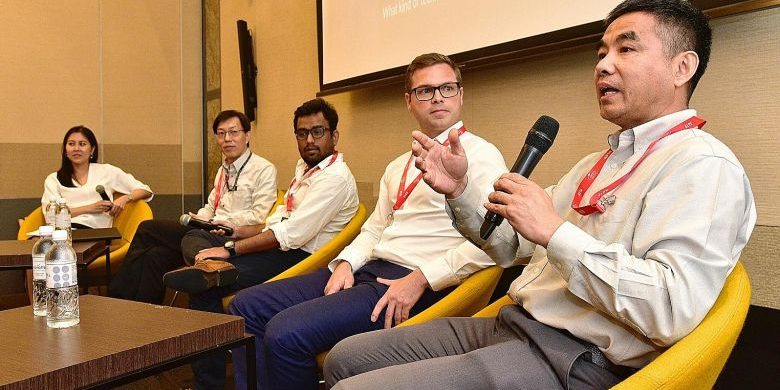 For many, the galaxy seems so far out of reach. But at the Singapore Space and Technology Association’s (SSTA) Space Industry Awareness Talk on Oct 6, it seems that Singapore’s space industry is within grasp of curious new entrants.

The talk, held at Novotel Singapore Clarke Quay, was jointly organised by the Employment and Employability Institute. Panellists shared how jobs in this industry are not limited to space exploration and its technical fields. While engineers are always needed in the space industry, positions in demand also include data miners, data analysts, coders and software developers.

Mr Zhou Bin, chief executive officer of Twenty First Century Aerospace Technology (Asia), stressed the importance of finding experts in data image processing and data mining. But he added that it is nearly impossible to find experts in those fields. Soft skills are therefore just as important when interviewing potential employees.

“That’s why those who are talented, keen to learn and learn fast will definitely impress us,” Mr Zhou told the audience of 90 people.

Mr Tan Khai Pang, chief operating and technology officer of Addvalue Technologies, said a good mindset is essential because Singapore’s rapidly advancing space industry requires one to go beyond his domain, making it a learn-as-you-go process.

But even if the space industry has yet to be fully explored, interviewees need to show their passion for the sector.

Mr Rohit Jha, chief executive officer and co-founder of Transcelestial Technologies, said younger interviewees always lack one of two things: depth of knowledge or breadth of experience. If an interviewee can then prove he actively seeks out ways to experiment and learn about space in his free time, he is suited for the industry.

It becomes a challenge, however, when you get so addicted to the industry that it is hard to leave the office and go home, said panellist Sune G. Ottesen, regional director of nanosatellite manufacturing firm GomSpace Asia, to laughter from the crowd.

“I got to learn about various perspectives of the space industry,” said Mr Krishna Pal, a master’s student in aerospace engineering from Nanyang Technological University, of the talk. “He (Mr Ottesen) told me some keywords to say in interviews to impress (interviewers).”

Attending such an event allowed him to “take the pulse” of the industry here, he added. “My greatest takeaway was that space-related companies in Singapore are recruiting aggressively… This indicates that Singapore has a burgeoning space industry.”

Last year, the worldwide space industry amounted to US$329 billion (S$449 billion), reported the Space Foundation in Colorado in August this year.

This was a US$6 billion increase from the year before, after continued progress in commercial space sectors worldwide.

Singapore’s space industry has about 1,000 employees.

Singapore is also the first country in the world to move towards space-based technology in air traffic management, according to a report in The Business Times in July.