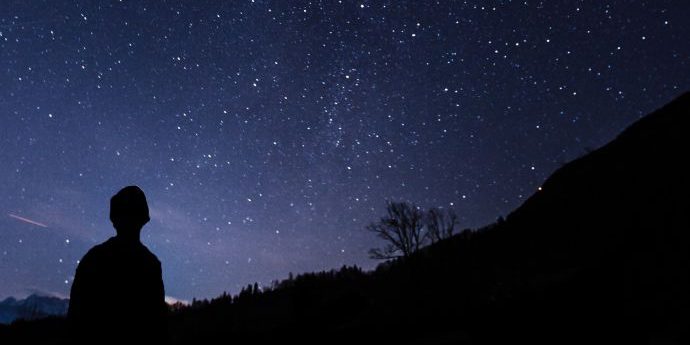 SpaceChain wants to enable a next-generation infrastructure for the Blockchain industry and foster collaboration between space and Blockchain sectors.

Singapore-based SpaceChain aims to build the world’s first open-source Blockchain-based satellite network. The company’s vision is to establish itself as the integrator of space and Blockchain technology that will help organizations protect their digital assets against cybercriminals and hackers.

One of its primary missions is to educate space professionals and the Blockchain communities about their respective strengths, promote collaborations and partnerships and foster a global ecosystem that connects businesses, developers and consumers for innovation.

SpaceChain has been recently awarded a grant under ESA Business Kick-start Activity program to test use cases for its platform in outer space and develop a satellite-powered multi-signature wallet.

The company’s Blockchain partners include companies like Bloq, Biteeu and Qtum. And its space sector partners are Alba Orbital, Deimos, SpacePharma, Nanoracks, Kubos, and Open Cosmos. It is also affiliated with organizations such as the Blockchain Research Institute, Chamber of Digital Commerce, Enterprise Ethereum Alliance, London Chamber of Commerce and Industry, and the Singapore Space and Technology Association (SSTA).

“SpaceChain aims to lower the entry barriers to space and facilitate development and the running of decentralized applications. Our users need to only understand smart contracts without the need for detailed and technical knowledge of how the space industry work”, says Zee Zheng, Co-founder and CEO, SpaceChain, in an exclusive interview with Geospatial world.

While AI and Machine Learning are increasingly finding applications in the space sector, Blockchain is a new entrant. How did you come up with the idea of developing Blockchain satellite technology, and what are its main benefits for the users and the industry?
I have always been fascinated by Blockchain technology and was deeply involved with the Bitcoin and Ethereum communities. The first start-up that I headed was in education, which eventually transitioned into venture capital investment, giving me the opportunity to invest in companies.

Along the way, I was fortunate to have met Bitcoin pioneer Jeff Garzik whom I greatly admire. He later became our co-founder and chief technology officer (CTO) as we share a common vision.

Space is a sector that literally reaches for the stars, and there is so much potential that can be uncovered and leveraged for commercial application and use beyond scientific research or discovering possible traces of intelligent life in the vast universe. What lies underneath Blockchain technology is not only about cryptocurrencies, but an entire innovative infrastructure that enables decentralized networks.

I firmly believe that technology holds the key to democratizing the space industry and unlocking its fullest potential, and it will become the next frontier for business innovation in the 21st century and beyond.

Does Blockchain have the potential to be a game-changer in the space sector?
Absolutely! The global space industry is expected to generate revenue of US$1.1 trillion or more in 2040, up from the current US$350 billion, according to Morgan Stanley, while investors are taking an upbeat view of the prospect of investing in space innovations. According to Space Investment Quarterly, US$1.7 billion in equity was invested into space companies – nearly double the amount invested in the last quarter of 2018.

SpaceChain is building the world’s first open-source satellite network to enable a next-generation infrastructure for the Blockchain industry. This mesh node constellation of low earth orbit micro-satellites will serve as a decentralized infrastructure for the Blockchain industry. SpaceChain’s open-source operating system, SpaceChain OS, converts single-operator satellites into multi-tenant ones, which allows users to develop different types of space-based applications on a single satellite.

We are in talks with many space companies that are still using traditional operating systems. For enterprise users, we have built partnerships with a number of companies to develop applications or spacecraft using integrated development environments for SpaceChain OS. We have helped several companies install integrated development environments, and they have already begun using those environments in real-time scenarios. We will continue to promote this with our enterprise partners.

SpaceChain’s Blockchain node was launched in October last year. Tell us about its functioning and the progress so far?
We successfully launched our second Blockchain node in October last year. The node is embedded with SpaceChain’s smart operating system named SpaceChain OS. The node can perform Blockchain-related functions on the Qtum Blockchain such as running smart contracts and multi-signature transactions. Our technical team has continuously worked with Qtum to run a number of tests to ensure the node’s full operational capability. During these tests, the node’s signal was detected, and transaction data has been uploaded to the node to complete the signature. The signed transaction has then been downloaded to the ground station, and finally verified on the Blockchain network.

Meanwhile, we are planning to launch our third Blockchain node this December. The third node can perform bitcoin secure payment service due to the high security of multi-signature and the difficulties to hack the space nodes. We are on a good track of diversifying our space nodes functions and expecting more and more clients to subscribe to our services.

How do you ensure that the SpaceChain operating system is secure and immune to malware and other cyberattacks?
Data and applications that are hosted on centralized servers on Earth are vulnerable to cyberattacks and hacking. One way to address this issue is to get these platforms onto a decentralized network.

Data and computing platforms will also be safer in space from other vulnerabilities such as internet kill switches. In addition, Blockchain technology in space will prove as a great use case for supply chains especially since there are certain places on Earth that are outside of coverage zones such as oceans, deserts and forests. These satellites will be able to track, monitor and scan these dead zones.

Blockchain servers that are hosted on earth carry too much risk and security protocols have flaws that can easily be exploited by hackers.

We solve this problem by taking transactions off the traditional internet, where the majority of security breaches occur. Our open-source Blockchain-based satellite platform provides a private network in space to carry out transactions using virtually any cryptocurrency. Once completed, the result is then broadcast back to earth. This process eliminates 99% of hacking opportunities, making the industry a lot more secure.

With the profusion of small satellites, miniaturization of sensors, reduced launching costs and increased launch options, democratization of space sector is fast gaining pace. How can Blockchain provide impetus to this new wave of democratization and spawn new innovations?
Developers will be able to tap our platforms in a few ways. We aim to lower the barriers to entry so that the general population would obtain access to the space industry. Our users need to only understand smart contracts without the need for detailed and technical knowledge of how the space industry works.

Our open-source platform will facilitate development and the running of decentralized applications in space through the SpaceChain OS. The wallet provides a secure platform for development that will be available to anyone with our integration of Bitcoin, Ethereum and Qtum.

Do you think that a more robust and secure Fintech sector can be leveraged for social, developmental and ecological issues in some of the lesser developed countries, and can there be a convergence between Fintech and the space sector?
Definitely. Security continues to be a huge challenge facing the fintech industry. Fintech innovations that are built upon Blockchain won’t be able to fulfill their potential because they are based on centralized infrastructure (versus a decentralized network that requires no intermediaries) in reality. As such, they are vulnerable to hacking and operate at the mercy of service providers.

A decentralized Blockchain-based network of satellites helps solve the problem of land-based centralized infrastructure that fintech innovations face today. When matured, such a network will bring together an ecosystem and community that presents enormous opportunities for development and transactions in not just the space and Blockchain industries but beyond.

For ground segment systems, space situational awareness, and satellite navigation, SpaceChain intends to partner with Deimos Space UK. What would the partnership entail?
Following the mission of SpaceChain, we aim to construct a decentralized internet in space, in which the integration of Blockchain and decentralized network with satellite technology and earth observation (EO) has been an important role.

With this target, we have had several meaningful discussions with Deimos Space UK (Deimos) that had a common interest in such development work. There were a lot of potential topics to be discussed and projects to be developed, including the decentralization of EO service such as the trusted distribution of EO data, and automated Blockchain-enabled satellite control and tasking.

Working with Deimos is enjoyable, not only because they are an expert in EO technology, but also I think our tech teams are both passionate about what is going to happen in the future.

We are currently working with Deimos on an ESA contract, which is to bring our Multi-signature Satellite Wallet to commercialization in Europe. For next steps, we are also planning to explore the basic Blockchain payment-guaranteed platform for EO distribution.

SpaceChain recently received a grant under the ESA’s Kick-start Activity Program for identifying commercial uses cases of Blockchain satellite tech. What according to you are some of the sectors where it can find applications?
Here are some examples of commercial use cases that can be realized by integrating space tech with Blockchain:

Launching satellites that capture geospatial data to track shipping movements, deforestation or the location of mining deposits, and the generated data could be shared in a decentralized network. It increases the efficiency of applications such as Internet of Things, etc.
Enabling the manipulation of EO data on a distributed platform, mainly via smart contracts. Various technologies including machine learning could be accessed via smart contract interface, to realize the decentralized training and distribution.
Hosting data, platforms and exchanges on a network of satellites in space can result in safer and more secure transactions, as they are not hosted on centralized servers on Earth which are prone to hacking and cyberattacks
Launching satellites in low orbit to deliver low-cost global Internet access to unserved and underserved communities on Earth
We are entering the age of software-defined satellites where satellites can be easily configured to perform different tasks by simply uploading a new application or program – imagine a satellite that behaves like a smartphone – that is definitely going to be a game-changer.