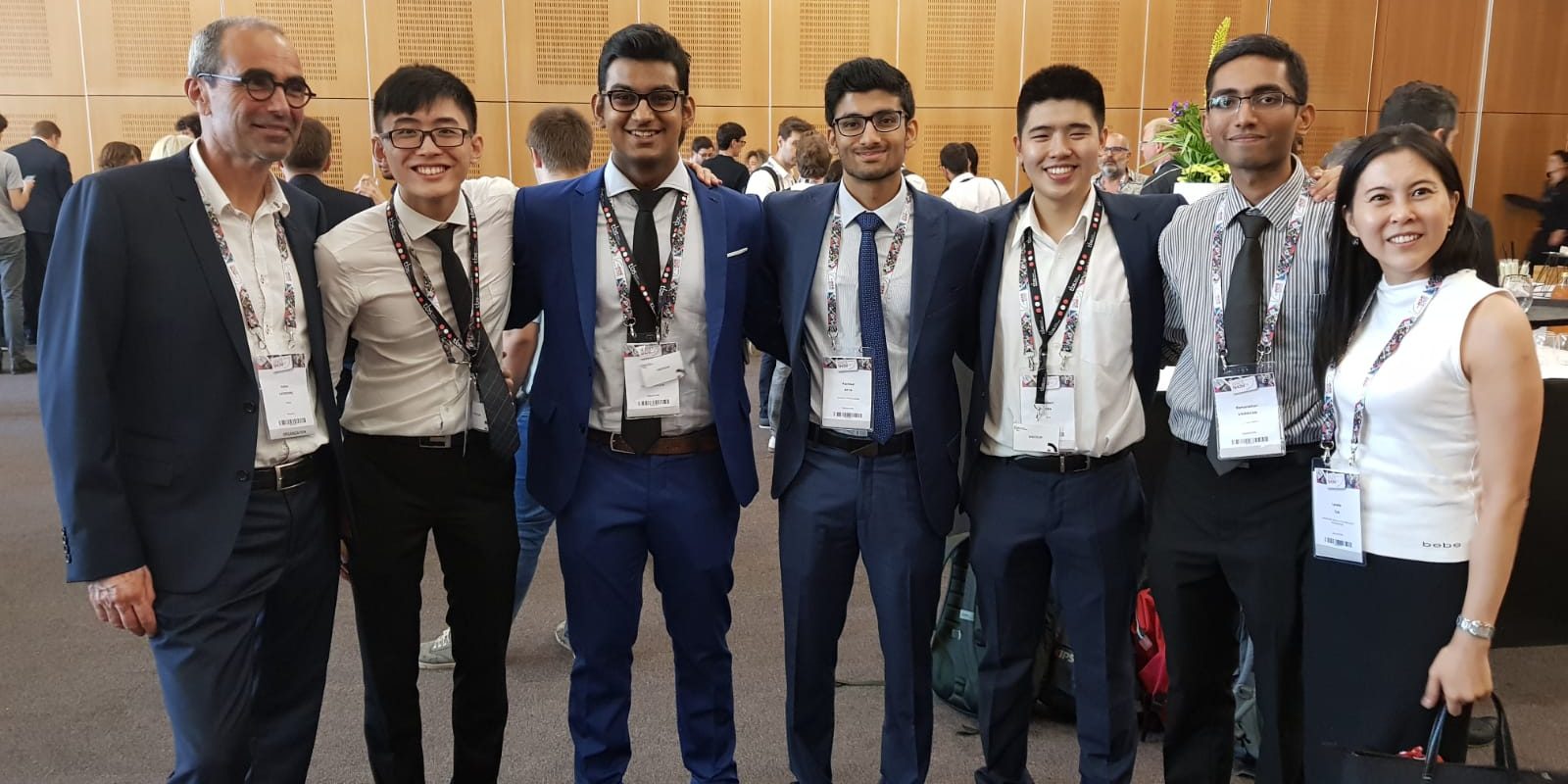 SINGAPORE – Keeping small satellites up in space can be a challenge because they tend to slowly re-enter the atmosphere and burn up over time, but a cheap idea proposed by a team of five students from Singapore may provide an answer to this problem.

The team pitched the idea to an international panel of experts in an innovation competition, ActInSpace, and won the Airbus Innovation Prize for their efforts.

The competition, which is related to space technology, was held in France on Wednesday (June 27).

While they fell short of winning the grand prize – a chance to experience zero-gravity flight – their win meant they got to visit the European aerospace company Airbus, to learn more from experts on how to further develop their project.

The students – one from Tanglin Trust School and four from the National University of Singapore (NUS) – also had a flight training session on an Airbus A320 simulator.

Nano satellites, especially a common type known as CubeSats, are small, cubical devices about 10 centimetres wide and weighing around 1.3 kilograms. They are used for a wide range of functions such as space exploration and conducting experiments in space.

The executive director of the Singapore Space and Technology Association, Ms Lynette Tan, 38, said that because the lifespan of these satellites are short, lasting between three months to about two years, they tend to veer from their orbit and fall to earth over time.

Ms Tan, who was one of the judges, said conventional micro-thrusters can be installed to increase the devices’ lifespan by altering their orbit path, but they are often very expensive, with a typical unit costing up to $250,000.

The Singapore team said micro-thrusters using water propulsion can be installed on the CubeSats to keep them in space for a longer period, for one-quarter of the cost.

The team, “Insert Space”, had only 24 hours to come up with their idea during the Singapore leg of the competition on May 26 organised by the association.

The students eventually joined 30 international teams in France, and edged most out to join four other teams in the final round of the competition organised by the French space agency CNES and the European Space Agency.

The team had to make a six-minute pitch of their proposal, which was assessed on the use of space technology and data to devise economically viable solutions, and the level of innovation and benefit to society such solutions provide.

“We were inspired by the need to make space exploration affordable and accessible for everyone,” said one of the team members, Mr Francis Lee, 23, from the School of Computing at NUS, adding: “Ultimately, we aim to…enable them (university students) to perform missions that were previously impossible.”